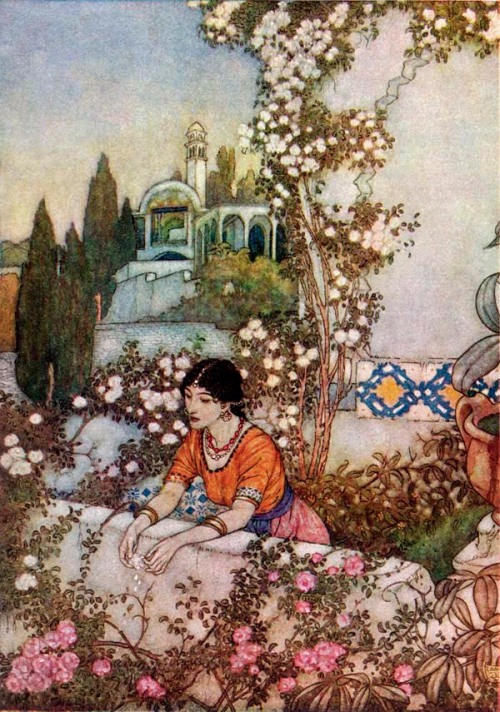 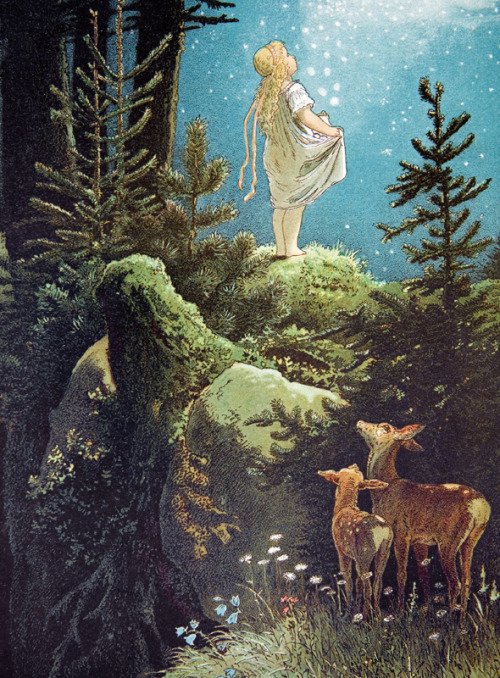 Illustration of the Brothers Grimm Fable ‘The Star Coins’ by Viktor P.Mohn, 1882 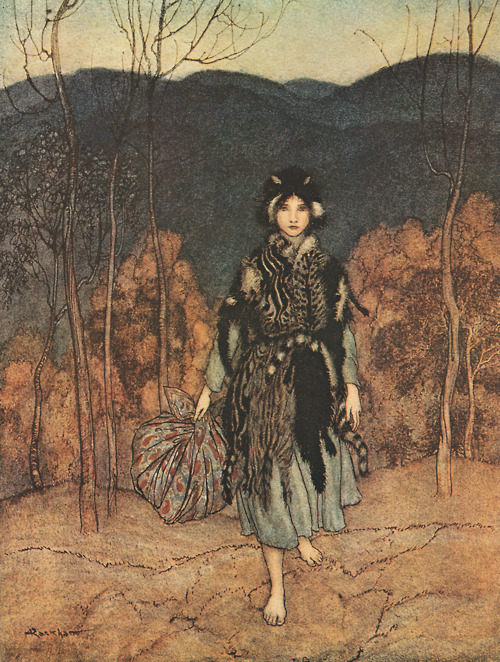 The Frog Prince fable demonstrates how people tend to judge too quickly on what they see – ‘don’t judge a book by its cover’ derives from such teachings. Compared to some of the other Grimms teachings this particular saying crops up in everyday situations or rather it should. Unfortunately some people analyse too quickly on what they see which can result in inaccurate perceptions about situations or people. I know I do it and I don’t even realise I’m doing it..it’s like a reflex!

The Frog Prince fable taken on by Jacob and Wilhelm Grimm became the first story in their collection. In most versions of this tale the frog prince’s spell is broken by the kiss of the princess/heroine of the story. In the Brothers Grimm version, there is no lovers kiss but a wall slap! Rather comically The Frog Prince asks the princess if he can sleep on her other pillow sharing the bed with her. She doesn’t want him to get the wrong idea and responds by throwing him at the bedroom wall which breaks the spell revealing his original identity, a human prince.

I have deliberately kept the gold ball out of this design (another small part of the Grimm story) because I would like it to be printed in gold foiling if I eventually get it turned into a card. It will be at the top of the fountain. It was an interesting experiment using several different medias to create this illustration. Got me really thinking about what medias can work together well visually and which ones don’t work so well. Notice the heart lily pads? I had fun making those.